101 uses for an iPhone in Ham Radio
WSPR & HF Propagation 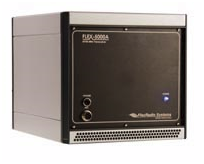 This last weekend was the 45th running of the California QSO Party and my second full time effort in that contest.

Last year's effort was my first serious contest with the Flex 5000 and proved out its awesome receiver performance. It also highlighted the need to improve the workflow between the software used to compete in a contest – in my case last year, the N1MM logger and PowerSDR (the software side of the Flex 5000 which does all the real work in DSP software).

The biggest challenge?... changing window focus between PowerSDR (mostly to tune the receiver) and the logging software. Remembering which window had the focus was critical especially since I'd left the keyboard short cuts enabled in PowerSDR. Imagine starting to enter the callsign of a new station, hitting the W key and finding yourself instantly QSY'd by 1 MHz!

I'd returned from a business trip to Asia the day before the contest and hadn't had enough time to test everything out before engaging in the CQP battle. As a result, I had not tested the N1MM voice keyer interfaced to PowerSDR. I'm sure with the right choices of WAV file sampling rate and VAC (Virtual Audio Cable) configuration that it could be made to work – but for me it was a bust.

Rather than call CQ (a few thousand times!), I saved my vocal cords by using the Quick replay function in PowerSDR having captured my own CQ call.

For a low power (100 watt) entry with a HF vertical (R5) and a low G5RV dipole I managed around 430 contacts in an almost full 24 hour effort. I had fun punctuated by some comic moments… for example, finding a VY1 for a much needed multiplier with 15 minutes to go and then doing an instant QSY because of the wrong window focus… I found him again with about 2 minutes to go!

My personal 2009 CQP post mortem had the following highlights…

Window focus – during a contest, the most critical radio controls are main VFO tuning, ability to turn RIT on/off, tune the receiver with RIT and clearing the RIT offset back to zero. I wanted to be able to handle these operations without having to change window focus or use the mouse.

What I really needed was a knob – specifically a tuning knob to accomplish these features.

I teamed up with my friend Kevin K6TD to develop a USB connected knob. We iterated through a hardware test rig which I wrote about back in January 2010, a hardware prototype and finally a "pre-production" version. 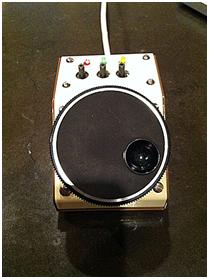 Here's a snapshot (iPhone) of the pre-production unit. You can see the sloped front of the case, the three auxiliary switches we added based on initial testing and the three status LEDs. For scale, the knob show is about 2" in diameter and the box occupies a minimal amount of space on my keyboard tray. Rubber feet prevent the unit from moving around as you tune.

The knob integrates to PowerSDR via Steve K5FR's awesome DDUTIL. Thanks to Steve for all his work on DDUTIL in general and for his support of the knob in specific!

With careful system design, the knob provides flawless tuning of PowerSDR with zero tuning lag. The switch on the tuning knob itself (press to click) and the auxiliary switches provide control of many different radio functions such as RIT on/off, RIT clear etc.

Voice Keyer – I wanted voice keyer support integrated into my logging program – the last think I wanted was to change window focus yet again! Fortunately the voice keyer in Writelog works very well with PowerSDR via VAC. At $30/year, Writelog is a great contest logging program!!!

More Power – It was time for a linear amplifier. I wanted an amplifier that could be operated 100% remotely to integrate with my remote located station – all of 300 feet from the house and controlled via Ethernet. I eventually chose an Expert SPE-1K which integrates with the Flex 5000 via DDUTIL (again many thanks to Steve!).

Better Antennas – I decided to finally bite the bullet and put in a tower. I'd done bits and pieces of the planning a couple of years ago including the most important – determining how much work I'd need with the local planning folks at the town in which I live. I started the project in earnest in February of this year and by mid September, I was the proud owner of a 50' tower… all nicely painted green to blend into our semi-rural environment. 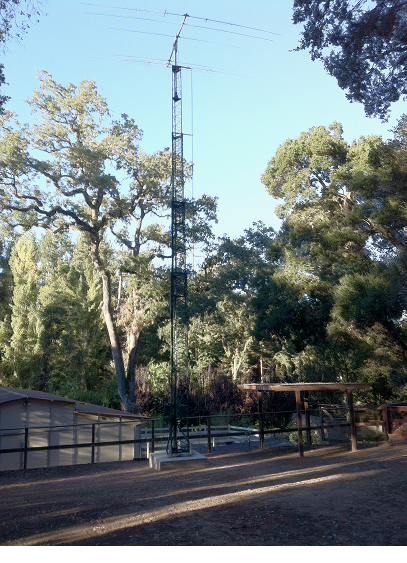 This year is the 45th running of the California QSO Party and also the 40th anniversary of the Northern California Contest Club which sponsors the contest. To mark the NCCC anniversary, the club is sponsoring a certificate for anyone who contacts 40 members of the NCCC – no QSL cards are needed, just a log extract file.

During the qualification period (basically October to the end of the year), all the NCCC members add /40 to their call sign when on the air – except when operating in CQP.

I gave the station a test run on Friday afternoon signing K6TU/40 on 20m late in the afternoon. The results were very positive – the new station and antennas were LOUD and I worked 70 stations in an hour without breaking a sweat!

Saturday morning dawned and I was up early – everything checked out and I waited for the start of the contest at 9am PDT. Boom! We were off and running – I ran 100 QSOs in the first hour and proceeded to rack up 1279 contacts in my 24 hours of operating.

The combination of the Flex 500, the tuning knob, amplifier and antennas worked like a charm!

I turned in my best contest effort ever, tripling last year's QSO count and more than tripling my score. I even managed a clean sweep – that was another first for me!

The Flex 5000 made my weekend – flawless operation, awesome performance and with the addition of the knob, great workflow.